A large crowd of people claiming to be farmers, intermingled with politically motivated people are threatening to block the entire City of New Delhi. They have picketed already on a few roads blocking the traffic. They have refused to move to a designated place to hold protest. The situation reminds me of a class in Law College.

My First lesson at law college:

First day at our Law College we were chatting when Professor Sharma entered the classroom. All went quite. He was holding a few books in his arms. After placing the books on his table, the first thing he did was to ask the name of a student who was seated on the first bench: “What is your name?”

“Leave the classroom and I don’t want to ever see you in my class ever! Get out. Now!!!”

Professor was almost screaming. It was a new experience. We never thought College would be worse than primary school, which we had left long ago.

END_OF_DOCUMENT_TOKEN_TO_BE_REPLACED

Crowds have gathered in north Delhi who claim to be farmers and they are protesting recent changes in law. It is doubtful if the crowd is actually farmers or they are here on hire as hiring crowds for agitations is a open secret. Read more about it here.

The cause of protest:

Fear and logic behind it:

END_OF_DOCUMENT_TOKEN_TO_BE_REPLACED

The Delhi Hotel and Guest House Owners Association (Dhurva) has taken a major decision today on the demand for boycott of Chinese goods by the Confederation of All India Traders (CAT). In view of the nefarious antics of China, it has been decided that henceforth no Chinese person will be entertained in Delhi’s hotel and guest houses. Delhi has about 3000 budget hotels and guest houses with about 75 thousand rooms.

While giving this information today, the General Secretary of Delhi Hotel and Guest House Owners Association said that due to the way China is dealing with India and the manner in which it has brutally massacred soldiers, all over Delhi there is an anger among hoteliers. At a time when CAT has campaigned for boycott of Chinese goods across the country, Delhi’s hotel and guest house businessmen will participate enthusiastically. In view of this, we have decided that henceforth no Chinese person will be entertained in any budget hotel or guest house in Delhi.

It may be noted that this association does not represent five star hotels in Delhi. Presently this move is symbolic as international travelling has not yet resumed but it tells the way forward for China in India.

It started about two years ago in 2018 when a terror module was busted in western U.P. resulting in recovery of large number of guns, explosives, IEDs, timers etc. What was its connection with New Delhi? Most of the persons who were picked up by National Intelligence Agency handling terrorism in India, were residents of Jafrabad New Delhi. See this old tweet:

ANI (@ANI) Tweeted:
IG NIA: Searches have been conducted in Delhi’s Seelampur and UP’s Amroha, Hapur, Meerut and Lucknow. Large quantities of explosive material, weapons and ammunition including a country made rocket launcher have been recovered so far. https://t.co/y3eh1D4IiK (https://twitter.com/ANI/status/1077880340709019648?s=20)

In past about 3 or 4 days 50 to 70 policemen are admitted into hospital with bullet shot wounds. Gunshot injury is very rare as guns are not easily available to general public. There are also reports that in past few months police have intercepted smuggling of guns from neighbouring state into Delhi. See this tweet:

END_OF_DOCUMENT_TOKEN_TO_BE_REPLACED

1,33,09,708 voters are entitled to vote in Delhi Elections being held to elect local Government of State of Delhi on 7th February 2015. After a fortnight of canvassing, blaring loudspeakers and slogan shouting it is a quite morning in springs. Chirping birds welcomed this morning. Poll canvassing stopped yesterday evening. Apparently the 36 hours are given to voters to mull over the choices they have been presented by political parties. 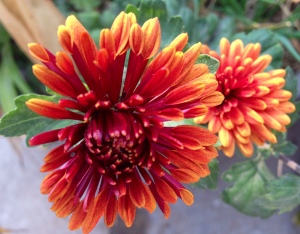 The obvious perception is that it is two way fight between Modi’s BJP and Kejriwal’s AAP but not in every constituency. END_OF_DOCUMENT_TOKEN_TO_BE_REPLACED