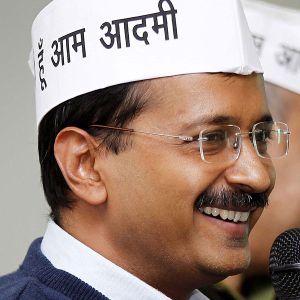 Arvind Kejriwal if a bamboozler.

Arvind Kejriwal as Chief Minister of Am Aadmi Party Government:

Aam Aadmi Party’s 49 days stint was smallest as any Government in Delhi. With Arvind Kejriwal as Chief Minister, this was most hyped Government. He had made every promise which could be made by an aspirant of office. Once he came into power he gave few superfluous freebies to poor people, arbitrarily helped his campaigners and jettisoned the governance on an invented and baseless reason.

It would not be long before majority of people will form an opinion about Arvind and AAP. But here are some events which elucidate the facts for decision making:

The protest against corruption:

1. Arvind Kajriwal was part of massive protests against corruption demanding an independent Ombudsman to determine the complaints of corruption.

Arvind Kejriwal formed a party which means Common Man’s Party but there is nothing new in it. Every party in India has word ‘Janta’ in its name which also mean people or masses or common man.

AAP is formed by the finance of Rs. One Crore (ten million) donated by Shanti Bhushan father of Prashant Bhushan both practicing lawyers at Supreme Court and anything but ‘common man’. A common man can not afford to hire any of them. He donated same amount this year again. The chief political advisor of Arvind Kejriwal is Yogendra Yadav, a psephologist who was once advisor to Rahul Gandhi, the crown prince of ruling Congress Party which is a dynastic corporation. The formation of the party betrays the fact that it is far from anything that belongs to common man.

Click here to read more about Arvind Kejriwal and his party.