Grifters, Thugs, Conmen, Swindlers or Scamesters, by whatever name called, follow one principle that the people who do not know how to retain their money, do not deserve to possess it. They utterly lack any center of morality, when it comes to money. A person with money is their target or the mark. Grifter works by generating confidence. Once the mark or target trusts the grifter, the move is made to accept the asset moved by mark under confidence.
Sound familiar? Not yet? Wikipedia defines this trick or scam it as:

A confidence trick is an attempt to defraud a person or group after first gaining their confidence. A confidence artist is an individual operating alone or in concert with others who exploits characteristics of the human psyche such as dishonesty, honesty, vanity, compassion, credulity, irresponsibility, naïveté or greed.

The corporate grifters rob people with two kinds of justifications or explanation:
1. It is the market force or something beyond their control
2. It is just an unintentional error which never happens. END_OF_DOCUMENT_TOKEN_TO_BE_REPLACED 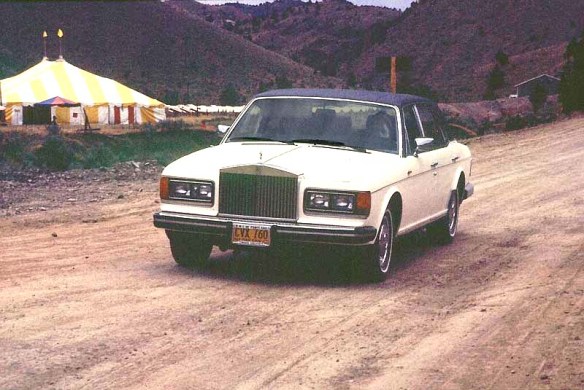 Religion is the most flourishing business. Even after Osho depicted this fact with his 99 Rolls Royce cars, people remain blind. Lack of education compounded with miseries of life; like illness and occupation does not help the problem.
It seems unbelievable that problems can be solved on its own. It is more unbelievable that nobody can solve our problems. Our every action takes us deeper into misery but we don’t see it that way. We desperately look around and find one con man after another posing as a religious Guru.

Yet another Religious Guru.

Another Guru type person in the news is Nirmaljit Singh Narula alias Nirmal Baba. His deeds are written all over the internet. His Wikipedia page has links to most of his deeds and there is no need to repeat the same here.

There is, however, a new development. Nirmaljit Singh Narula alias Nirmal Baba has filed a suit against Star News Channel seeking damages of Rs. 50 Crore i.e. about 9 Million USD$. He also claimed a temporary restraint order against STAR NEWS CHANNEL from telecasting news which is malicious. It made a special point that he is being called as thug and cheat etc. by Star News.
In this suit it is claimed (as mentioned in para 5 of the order dated 10.5.2012) as under:

Plaintiff’s teachings and preaching emphasise the values of true, selfless prayer and devotion to one’s duties and guides his followers/devotees to abstain from rather shun the path of ‘mantra’, ‘tantra’ or ‘yantra’ or in other words ‘black magic’ or ‘tantric practices.’

As regard the hurt, it states:

“…..discourses are telecast/advertised through various TV channels (numbering over 35) in the name of “Third Eye of Nirmal Baba”. Such programs are watched daily by about 10 million devotees/follower of the plaintiff and enjoy high TRP rating. During the week 1.4.2012 to 7.4.2012, the program “Third Eye of Nirmal Baba” was most viewed program with rating of 9 out of the top eleven (most viewed) programs in Hindi speaking market.”

So what was the profession of Mr. Narula? A TV artist?

No. In other para he claimed to be teacher or preacher of certain values. Glory of Popularity must also be part of selfless living. If this happened to be a case of a TV anchor, would the pleading be any different? May be not. It boasts like a great TV artist.
Returning back to the suit. Star News Channel pleaded the defence that its news telecast was responsible journalism and it was based on facts which were duly verified before telecast. They claimed that before telecast Nirmaljit was also given opportunity to comment but he did not respond.
Delhi High Court, on the basis of above pleading did not issue any restraint order except that Star News Channel should not telecast anything on the basis of unverified facts. It is free to interview people. It does not say anything about contents of interview and rightly so because that would affect right of free speech of those people. So Star News is free to call him as thug, fraud and cheat if they have facts to support it during trial.
Now Baba type people are supposed to know everything especially the future. After all Third Eye is not the physical Third Eye. Did babaji make an announcement in advance that the court is not going to give interim relief of injunction?
There is one more question about legal hypocrisy. Can any person can claim to have THIRD EYE and telecast a program without having third eye or proof of having third eye?