We are concerned how Governments are being run? Why Corporations are ruthless? How people’s representatives hardly represent anyone but themselves? How people at the helm of affairs, are and were, always callous and insensitive if not ruthless to people? We wonder why is it so?

END_OF_DOCUMENT_TOKEN_TO_BE_REPLACED

More than 2,000 islanders were evicted from the British colony of Diego Garcia known as the British Indian Ocean Territory (BIOT) in the 1960s and 70s. Their claim of repatriation or resettlement on the ground of Human rights violation has been rejected by European Union. It appears that in 2009 UK also imposed a marine protected area (MPA) declaration over the island to plan to set up the marine park on 55 islands but it is alleged that real motive was to prevent the islanders from returning there. An US cable, recently released on WikiLeaks supports the fact that MPA declaration was for oblique motives. This cable quotes Colin Roberts, Commissioner to BIOT, as expressing satisfaction that after MPA, notification there would be no ‘human footprint’ of ‘Man Friday’ over the island.
The UK law, as it stands, provide for Judicial Review of any executive decision on the ground of arbitrariness i.e., the real reason for taking the decision was not germane to the object. It is also called the test of Wednesbury’s arbitrariness. It appears that High Court of UK has denied use of these documents as evidence on the basis of diplomatic immunity. END_OF_DOCUMENT_TOKEN_TO_BE_REPLACED

Physical hurt is, ordinarily, a temporary affair. The pain finds a plateau and subsides. Emotional hurt is like skeletons in an empty box. A blow of air, a shift in pace or a stumble on a perceived step, anything can cause carrion to rattle. Hurt turns inward as despair or depression. Hurt, when reflects outwardly, it is an anger for catharsis. That is good part of it, if there is anything good in it. The worse is that cinder of hurt keeps burning inside charcoal of despair or depression and looks for next opportunity of catharsis by anger or violence. What causes emotional hurt? People? Society? Illogical people? Injustice? Illness? Failure (whatever that means to an individual)? Physical deformity? Other’s success (whatever that means to an individual)? Other’s failure?

END_OF_DOCUMENT_TOKEN_TO_BE_REPLACED

Statements made in Parliament of India on 26 April, 2010 about alleged phone tapping without proper compliance of law. END_OF_DOCUMENT_TOKEN_TO_BE_REPLACED 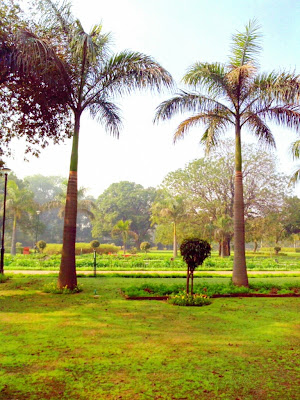 Setting the wrong as right:

Apart from the fact that often wrong and right are not black and white but two of the several shades of gray; what is done is done. It can not be undone. After a period of time, it does not even matter if it was right or wrong. The fact is: past is dead and therefore it must also be buried or cremated. The concept that if we had acted differently, things would have been different, is a gross misunderstanding of the life. No wrong can be set right. Attempts to set wrong into right create ripple effects which makes things more difficult. Acceptance of past is the only possible avenue. The more we delve into the past to set it right, more we miss the present. END_OF_DOCUMENT_TOKEN_TO_BE_REPLACED