Nehru family: Who are they and upto what? 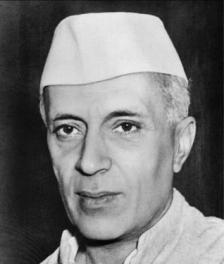 Last election saw the that ruling Congress Party, a Nehru Family governed (or owned?) political party, though polled 19% votes got less than 10% seats in Parliamentary Elections 2014. While the proprietors of the Party i.e. Nehru Family (now using different surnames) are looking into the causes of such massive loss, I landed on a page about Nehru Family here.

The story dates back to 1857. The unsuccessful attempt by Indians to over throw the Imperial Government was over and British soldiers were repressing and killing the Mughal Officers. To escape, one Mughal kotwal (Chief of Police or present day Police Commissioner) along with his family escaped to Agra. Of course on foot and horses or bullock carts as there were no planes or trains at that time. END_OF_DOCUMENT_TOKEN_TO_BE_REPLACED

Every 14th November is celebrated as Children’s day in  India. It is birth day of late Prime Minister Jawahar Lal Nehru. The best part is that there is no study in schools. This certainly is a fun for children. Why and how the late Prime Minister Jawahar Lal Nehru came to become chacha Nehru is not clear but does not matter. It is however said that he used to emphasize the need to protect children and raise them as future of country. The family of chacha Nehru has taken it most seriously and every child in their family is treated as rightful future Prime Minister of the country. Better still, nobody ever had to work for living.
I was however wondering if there is an after life and I could find a way to send an email by hacking into network of afterlife, what would I write to great grand dad of this generation?
Here is my effort: END_OF_DOCUMENT_TOKEN_TO_BE_REPLACED