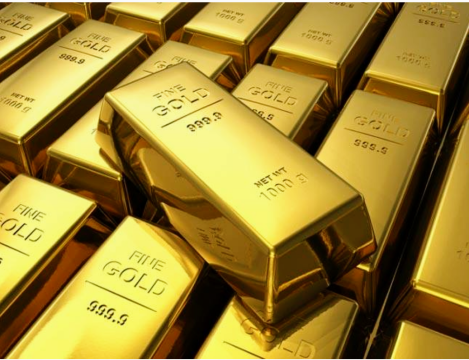 Bureaucracy defines the march of any Nation. Govt can make policies and Bureaucracy can defeat it with impunity. To get the result the Government has to be extra cautious to rein in Bureaucracy often with carrot and stick policy.

Govt of India has already offered carrot to Bureaucracy by way of pay hike as recommended by pay commission. Time has come to crack the whip. Interestingly the most corrupt department of Govt is Income Tax department but unfortunately, Prime Minister Modi has a blind side which is Income Tax. As regard Finance Minister, his quality as a lawyer can not be disputed but he is not an administrator and certainly not an economist. As regards his administration, post demonetization chaos, is a proof of absence of administrative capabilities. His poor health certainly does not help.

END_OF_DOCUMENT_TOKEN_TO_BE_REPLACED

There were many news headlines. First a Minister’s nephew was caught taking bribe to favor a Government Servant with his promotion. Secondly house of a Major General was being searched due to corruption charges. Everyday there is a headline about one of the cases the Supreme Court of India is groping with, regarding corruption and its improper prosecution. A building fell in Bangladesh due to greed of a corrupt Engineer killing 506 people and head count continues. Yesterday I had an old case, one of the High Court judges who tried that case once, is presently being prosecuted for corruption, that too because he foolishly resigned, otherwise he was immune. Rumours in Bar room as to how a particular judge can be influenced by bribe through his book seller and another through his ex partner or another through his son, left me to wonder what was happening. Actually it is a reflection of human race as such. We are only cheating ourselves. What happens if a corrupt person falls sick and gets a corrupt/dishonest doctor who instead of treating him/her, makes sure that these people remain in hospital? END_OF_DOCUMENT_TOKEN_TO_BE_REPLACED

Yesterday was Diwali. It also marks beginning of new Calender Year Samvat 2069. An annual celebration interpreted differently, by different sections of people. Mythological stories have become irrelevant with passage of time and therefore need no mention. However the fact remains that it is economically the single largest event in India which is awaited by all businesses alike. Professionals are not much affected except Chartered Accountants and Doctors.

What it means to be Diwali

To begin with Diwali is a celebration of cleanliness, decoration and shopping. It coincides with  harvesting of crop which brings purchasing power to farmers. The preparation starts months in advance with re-painting of house, redecoration of house, new curtains or furniture or even utensils, depending upon the availability of time and befall of prosperity. With deep pockets it is nothing less than the famous Indian Wedding. Apart from shopping spree it also have many more activities. END_OF_DOCUMENT_TOKEN_TO_BE_REPLACED

MTNL is the Government Company which provides all sorts of voice and data communications in New Delhi, the capital of India. Earlier it was rendering these services as a department of Government which was converted into a company. In the past decade, private companies like Reliance and Airtel have also been permitted to offer these services in Delhi. They have laid down their own cables but are using the infrastructure of MTNL to provide the services and are mostly charge 50% more than MTNL for better Services. And they have dubious ways of overcharging.
While MTNL may not be called as consumer friendly but it has certainly pulled up its socks, in last few years, in view of rising disconnections and mounting losses. Now phones are installed in two days and repairs are attended same day.
Remarkable achievement considering the fact that I purchased the mobile phone in 1997-98 because my both land line phones were out of order for over two weeks. Two phones and none working!
Now sooner or later MTNL will be up for sale. Guess who would be prospective buyers/bidders? Of course the MTNL pillion riders Airtel and Reliance. So what is the catch?
The High School and it’s small little conspiracies just do not go away. If we have to poach on customers of MTNL, which section shall be vulnerable? The new customer would be most impatient as he has hardly seen the phone working for long time.
While you have to visit MTNL office to have a phone installed, other companies’ sales men, carrying the list of each resident with phone number, is visiting door to door and has affixed his sticker on every door with phone number on it.
It has been observed on three new phones, that first three months their is persistent undiagnosed problem. Once is an accident, twice is co-incidence but thrice is certainly a conspiracy.
Calling MTNL officials do not help. Their staff will check the line and will find everything in order but phone rather data communication would not work. Or it would work sporadically.
Mr. Jain the SDO has been informed on his mobile. SMS has been sent yesterday and today. Now he does not pickup the phone. He knows the unwritten rule. No new subscriber unless he is persistently patient for months.
Now can we predict how long it will take the MTNL to be bankrupt and up for sale?

Western practice of Medicine traces its origins back to Greek Medicine which required every doctor to take an oath called Hippocratic Oath, swearing to practice in accordance with certain norms of morality and ethics. Hippocrates was the first known Greek physician and the oath is named after him. Following are the excerpts from this oath:

I will use those dietary regimens which will benefit my patients according to my greatest ability and judgement, and I will do no harm or injustice to them.

In purity and according to divine law will I carry out my life and my art.

I will not use the knife, even upon those suffering from stones, but I will leave this to those who are trained in this craft.

Into whatever homes I go, I will enter them for the benefit of the sick, avoiding any voluntary act of impropriety or corruption, including the seduction of women or men, whether they are free men or slaves.

Whatever I see or hear in the lives of my patients, whether in connection with my professional practice or not, which ought not to be spoken of outside, I will keep secret, as considering all such things to be private. (Source: http://www.nlm.nih.gov/hmd/greek/greek_oath.html)

Hindu mythology refers to divine twin horsemen doctors named as Ashwini Kumars, as referred in Rigveda. Further in the mythology it is said that  ‘vaidyo narayano harihi‘, which means that the doctor is equal to God. It is believed that since God can not come personally to heal, he sends his chosen ones to heal those suffering from pain.

The Ethics committee of Medical Council of India appears to have delving to initiate probe into the issue of corrupt practice by certain renowned Doctors which has been reported as under:

It is alleged that the three experts (Dr Randeep Guleria, Professor of medicine, All India Institutes of Medical Sciences (AIIMS); Dr Satish Lahoti, KBN medical College, Gulbarga (Karnataka) and; Dr Appoorva Mukherjee, RG Kar Medical College, Kolkata) based in three different places allegedly sent almost identical letters of recommendation for the drug Clevudine. ……….. These doctors wrote that clinical trials were not even required for the drug. “Is it sheer co-incidence that doctors, sitting miles away from each other, gave opinions on a drug which is word-by-word identical,” ………. “There is adequate documentary evidence to come to the conclusion that many opinions were actually written by the invisible hands of drug manufacturers and experts merely obliged by putting their signatures. ……… They went out-of-the-way to give unsoliticited advice, in identical language, to the DCGI to give permission to the company to market the drug without conducting mandatory clinical trials in India,” the committee said.

In another case, seven doctors from different cities are believed to have given opinion over a drug which, the committee said, was banned abroad. The doctors allegedly involved in this case were: Dr Kalpana Ernest of CMC Vellore, Dr Bansari Goswami of NS Medical College Hospital, Kolkata; Dr D Arvind Kumar and Dr B Prahlad of Gandhi Medical College, Secunderabad; Dr Pramod Kumr Mallick of SCB Medical College, Cuttack; Dr Satish B Dharap of LTM Medical College and General Hospital, Mumbai and; Dr Promila Pandhi of PGIER Chandigarh. (http://www.dnaindia.com/india/report_dna-special-the-shocking-medical-scam_1688378)

BTW the above drug Clevudine, has been discontinued in other countries due to its side effect which cause myopathy (muscular weakness) in patients.

If we seek treatment from any of these doctors we should be beware that in all probability we are guinea pigs with pockets and these doctors are businessmen/women with the sole objective to accumulate money; even at the cost of human life. So these Gods are not worth it. Just pseudo Gods. Oh My God!