Death toll in China has crossed 2000 and the there is no reason for assurance that the tragedy is over.

As per media reports the virus was being created in a lab in Wuhan from where it spread out. The insistence on secrecy resulted in further spread of virus as people had no warning not to travel. The military expert on virus Chen Whu has been deputed in Wuhan to oversee the situation. She is the same scientist who had handled SARS virus a decade back.

Meanwhile a Senator from USA Tom Cotton, R-Ark. stood by his earlier suggestion that the deadly coronavirus may have originated in a high-security biochemical lab in Wuhan, China, telling “The Story” Tuesday that we “need to be open to all possibilities” in exploring the origins of the outbreak that has sickened more than 75,000 people around the world. When host Martha MacCallum pressed the Senator on his startling and unverified claim, Cotton cited a study published by Chinese scientists in The Lancet, which he called a “respected international science journal.”

END_OF_DOCUMENT_TOKEN_TO_BE_REPLACED

Robin hood also known as Prince of thieves was it classic socialist. Robin would rob rich to distribute among the poor. Socialism works similarly. Tax the rich and subsidize the poor.

Human beings evolved from a primitive community of hunters and gatherers. When hunter decided that instead of going for hunt it will sharpen the old tools and create new tools which would then be exchanged for the hunt carried out by others. This was the birth of the first industrialist as also the first arms dealer in the world.

END_OF_DOCUMENT_TOKEN_TO_BE_REPLACED

Human programming is a fact for me but I do not think that everybody in the world is ready to accept it. More so, a large majority of people may not even understand it.  To understand the meaning of a word it is interesting to how different languages express it. But before that, lets understand what programming means in respect of computer program. Interestingly  when Woogle translated  it in Hindi it came out as “कार्यक्रम निर्माण” which if re-translated in English would be expressed as “creation of work/program”. Interesting?

The world programming is actually used in respect of computers. A program when in operation is also referred as “Algo Rythm”. The process of writing a computer program is called coding as it entails writing a long lines of codes in computer programming language. BTW the most popular language is called “C” and it’s latest version is called as “C++”. For example the first program which is taught to a beginner is how to make computer to give output of “Hello World” on screen. An example of the code: END_OF_DOCUMENT_TOKEN_TO_BE_REPLACED

Can we now admit that humans are programmed to behave in a certain manner?

END_OF_DOCUMENT_TOKEN_TO_BE_REPLACED

History of Treachery in India 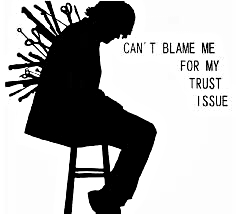 Tryst with treachery in India is rather ancient. However at first, I will refer to two namely Jaichand and Mir Jafar. Have you ever met any person in India with identical name? No and never. Their treacherous conduct is too well known. However one name is not so notorious. He is Gulab Singh. People do name Gulab but reason is that his treachery is not too well known.

Jaichand is also spelled as Jai Chandra and has a wiki page devoted to him here. According to this page the betrayal of Jaichand is fictional. As if history is not fictional. As per another wiki page, Jaichand was king of Kannouj and there was no Prithviraj Chouhan.

As regards Mir Jafar, it is too recent to falsify. He is a character which is also part of French History. Mir Jafar, was the commander in the army of Nawab of Bengal Siraj-Ud-Daulah. He betrayed Siraj ud-Daulah to become the next Nawab. Thus after helping the British defeat Siraj ud-Daulah he became the new Nawab of Bengal in 1757 with military support from the British East India Company as a reward for his betrayal. Wiki page on Mir Jafar affirms this. END_OF_DOCUMENT_TOKEN_TO_BE_REPLACED