This Vijaydashmi has many peculiarities. First the thunderstorm two days ago. We woke up with lightning and heavy showers. For a long time we have not seen so much thunder and lightning. By luck nothing was struck by lightning. At least nothing is in news, so luck is presumed. But the rain in October is very rare.

Second peculiarity is that it had rained in October last year too. Just before Vijaydashmi or Dashahra.
Vijaydashmi literally means ‘tenth day of victory’. Actually it should be and is meant to be the ‘the tenth day in the Calender when victory occurred’. Today is tenth day of month of ‘Ashwin’ in the year 2069 of Vikrami Calender. Vijaydashmi is celebrated every year on the 10th day of this month. Generally it falls on some day in October to early November. It is a day of victory over evil. According to Hindu mythological epic Ramayana (The story of Rama) this day a demon King Ravana was killed by Lord Rama (an incarnation of God). Ravana was evil due to his actions. But he was attacked and killed after a prolonged war, as he had abducted Sita the wife of Rama. Today effigy of Ravana is burned in entire north India to celebrate Vijaydashmi.
The fourth peculiarity today is that it is raining in several states in the aftermath of Super Cyclone Phalin. Evacuation plan worked and Phalin slowed down substantially, hence damage was minimal but no question of burning of effigy in rain. Never before it has happened at this scale. Not according to my memory.

Disappearance of a day

Fifth peculiarity is yesterday was ‘Maha ashtami” i.e. the eighth day of Ashwin. Today is tenth day. The ninth day disappeared. I do not know the reason. But it is peculiar.
There is another aspect. We celebrate this day killing of a demon who disgraced a lady. Obviously. Yet we have rapists and incidents of rape. What is the point of this day? What is the relevance left?
We seriously need to ponder as to why message of this day is not reaching home and the violence against women is unabated. Why? 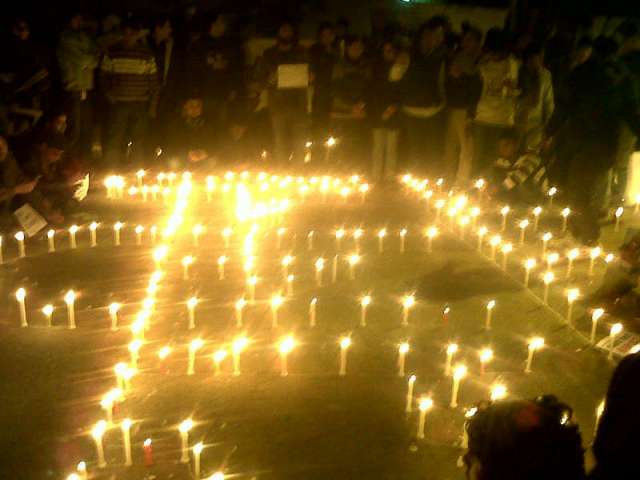 2 thoughts on “Remembering Rapes and Rain on Vijaydashmi 2013”