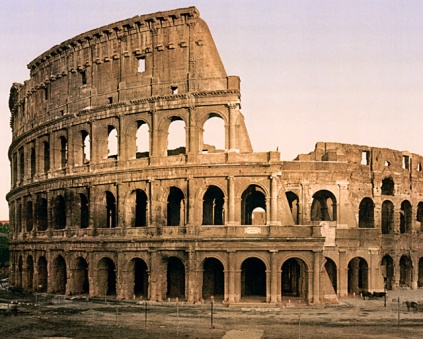 International Law is nothing but law of Jungle. Opportunism makes and breaks the law. The term diplomat is normally used in society to call a person as ‘shrewd but sweet liar.’ We all know what is the present meaning of the term ‘Weapon of Mass Destruction’ or ‘WMD’. It has nothing to do with Weapons anymore, rather it means a cultivated lie. Problem is that the world has changed a lot since Vienna Convention in 1961. The term rogue state was hardly used back then. Deflation and recessions were obsolete. And PIIGS was not yet invented. It means debt ridden Portugal, Ireland, Italy, Greece and Spain.
The Government of India is licking the egg on its face for taking a soft if not stupid stand in supporting the bail of Italian Marines (Riflemen Massimiliano Latorre and Salvatore Girone) accused of killing fishermen in Indian waters. After Italy conveyed that marines shall not return to India to face trial, Supreme Court has restrained Italian Ambassador Daniele Mancini from leaving the Country. The cries on the trumpet of International Law, notwithstanding. The Ambassador had filed a personal undertaking by way of an Affidavit before court that the accused persons would be returned to court custody after 4 weeks. It is well accepted norm that diplomat can tacitly conspire against the host nations. They can use diplomatic immunity to smuggle prohibited things. They can ridicule the Governments, Nations, cultures, traditions and people with impunity. Now we want to know if they are immune from ridiculing the system of Justice as well.
It is in the news today that European Union has threatened Indian Government of serious consequences. I wonder what they meant. Will they withdraw the posters, advertisements and commercials inviting Indians to travel Europe and spend their money? Will they withdraw advertisements and billboards inviting Indian students to study abroad? That will save lot of foreign currency. Will they throw out Tatas, Mittals and other businessmen who are running the Industries, Europeans could not profitably run. Would they send all the Indians working there, back home? That shall be a boon for India with an educated work force. They will return with their wealth in Euros.
It is a time. It is the 22nd century. It is an opportunity to change hypocrisy, deceit, lying and diplomacy. The least Italy could do was to share proper information about 102 Indians whom it is holding as prisoners in a barbaric and secret way. Instead it is arm twisting an open and fair trial given to Italian citizens, in India.
It appears Italy forgot two factors. One: Office of Supreme Court of India is the strongest institution in India. It has in past, delivered bold decisions, which were legislative in nature and which no Supreme Court of any country could dare especially against the Government and the Court has popular support.
Two: Next year is election year. All political parties are in election gear. If they chose to make this issue an election plank, Italy would wish that she knew what a hornets’ nest looks like, in India.

Humans learn and acquire skills, but they have inherent learning difficulty from experiencing. Let us wait and see as to how this ‘Lying Immunity’ develops after its tryst with Supreme Court of India.

English: Maps shows a group of countries known as the PIGS (Portugal, Italy, Greece, Spain), shown in #FF0000. Since 2009, Ireland (#CC6666) and the United Kingdom (#CC9999) have been suggested as members, creating PIIGS or PIIGGS, the additional “G” standing for Great Britain. (Photo credit: Wikipedia)

The relevant article 31 of Vienna Convention of 1961 is relevant in this regard. It is extracted below and it appears that ambassador has himself left the door open to reach him. Italy should read clause 1(c) & 4, a few more times.

Added on 22nd March, 2013
As expected the Italy has blinked in eye ball match and it appears that the rifleman is reaching India to face the trial.

4 thoughts on “Diplomatic or Lying Immunity: International Law is Evolving.”