Last Sunday I watched the movie “Life of Pi“. It is an English movie with almost Indian crew. Or perhaps the leading actors are Indian? Whatever. It is claimed to be based on an adventurous novel. The movie has beautifully depicted the adventure. Photography and Direction both need to be appreciated for an excellent job. While actors were at their best performance. The movie starts with the words like ‘God’ and ‘spirituality’. Unfortunately, the message about it is lost in the noise of beauty of presentation of a rather impossible adventure.  So what is the spiritual message in the movie?

Life of Pi is everyone’s life as no one is able let go his tiger or tigress!

The plot is that Pi, the hero boy of the movie is on a boat with a tiger who is hungry. Due to hunger the tiger jumps into water to catch fish but is unable to come back. The boy manages the matter and permits the tiger to come back to boat. Thereafter the boy, who was until then a vegetarian, starts catching fish to feed himself and the tiger. He also starts to train/condition the tiger so that both can live in co-existence and he succeeds. Ultimately he reaches shore of Mexico and survives to tell the tale. Official trailer of the film:

Once again, what is the spiritual message? Is it the fact that he survived 227 days? Or that he survived it with tiger? In my view none at all. Message is here:
At one point of time, while struggling to survive the water and tiger, he thinks that how important it was to have tiger otherwise he may have been lethargic and would have died of starvation or lack of objectivity. The tiger kept him on toes.

The fact that hero, a vegetarian, chose to kill fishes, thousands of them to feed a tiger is a story of life. At one point he did get rid of tiger, yet he lets it come aboard. Why? Because it was his tiger. From his (or his father’s) zoo. And perhaps because company of a tiger was better than being all alone in a vast ocean.

For me the message is very simple. We all have our tigers/problems. But we never completely get rid of them, nor should we. Because once we get rid of one problem another surfaces. The hero chose tiger over problem of loneliness. So do we. He did not complain. But we always do. We invent new images of God and make complaints. Everyday.

Long live all my tigers! 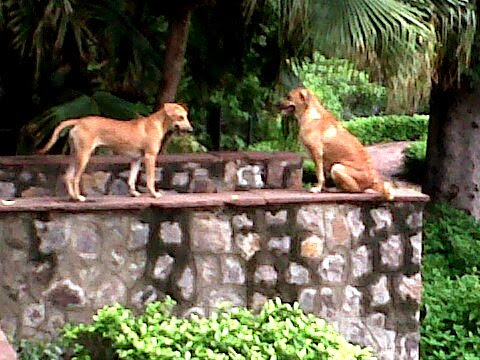 1 thought on “Spritual message in the movie “Life of Pi””