(Photograph on the right)

Slim retained his title as the world’s richest man for the third year in a row.

Poverty is the state of one who lacks a certain amount of material possessions or money.[1]     Absolute poverty or destitution refers to the one who lacks basic human needs, which commonly includes clean and fresh water, nutrition, health care, education, clothing and shelter. About 1.7 billion people are estimated to live in absolute poverty today. Relative poverty refers to lacking a usual or socially acceptable level of resources or income as compared with others within a society or country.[1] For most of history poverty had been mostly accepted as inevitable as traditional modes of production were insufficient to give an entire population a comfortable standard of living. ( extracted from Wikipedia.)

Photovalet.com is asking money to sell the pictures of ‘POVERTY’ similar to above. An Irony or travesty of life?   I guess plain old insensitive greed.  These things remind me of two English movies: ‘Blood diamond’ and ‘The Constant Gardner‘. One must watch these two movies which depict things better than many documentaries do. 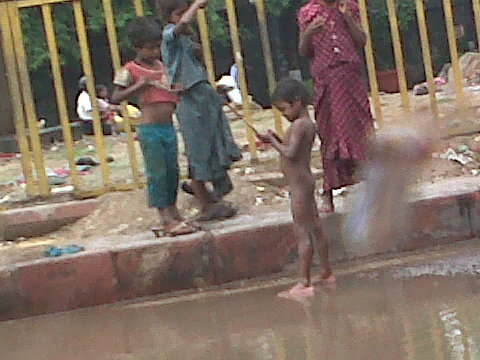 While politicians of our country are no less indifferent to their own riches, we have better record from the Congress of USA:”     Two-hundred-and-thirty-seven members of Congress are millionaires. That’s 44 percent of the body – compared to about 1 percent of Americans overall.  CRP says California Republican Rep. Darrell Issa is the richest lawmaker on Capitol Hill, with a net worth estimated at about $251 million. Next in line: Rep. Jane Harman (D-Calif.), worth about $244.7 million; Sen. Herb Kohl (D-Wis.), worth about $214.5 million; Sen. Mark Warner (D-Va.), worth about $209.7 million; and Sen. John Kerry (D-Mass.), worth about $208.8 million.    All told, at least seven lawmakers have net worths greater than $100 million, according to the Center’s 2008 figures.    “Many Americans probably have a sense that members of Congress aren’t hurting, even if their government salary alone is in the six figures, much more than most Americans make,” said CRP spokesman Dave Levinthal. “What we see through these figures is that many of them have riches well beyond that salary, supplemented with securities, stock holdings, property and other investments.”  (Source: http://www.politico.com/news/stories/1109/29235.html)

As to how some of politicians get rich is another story.